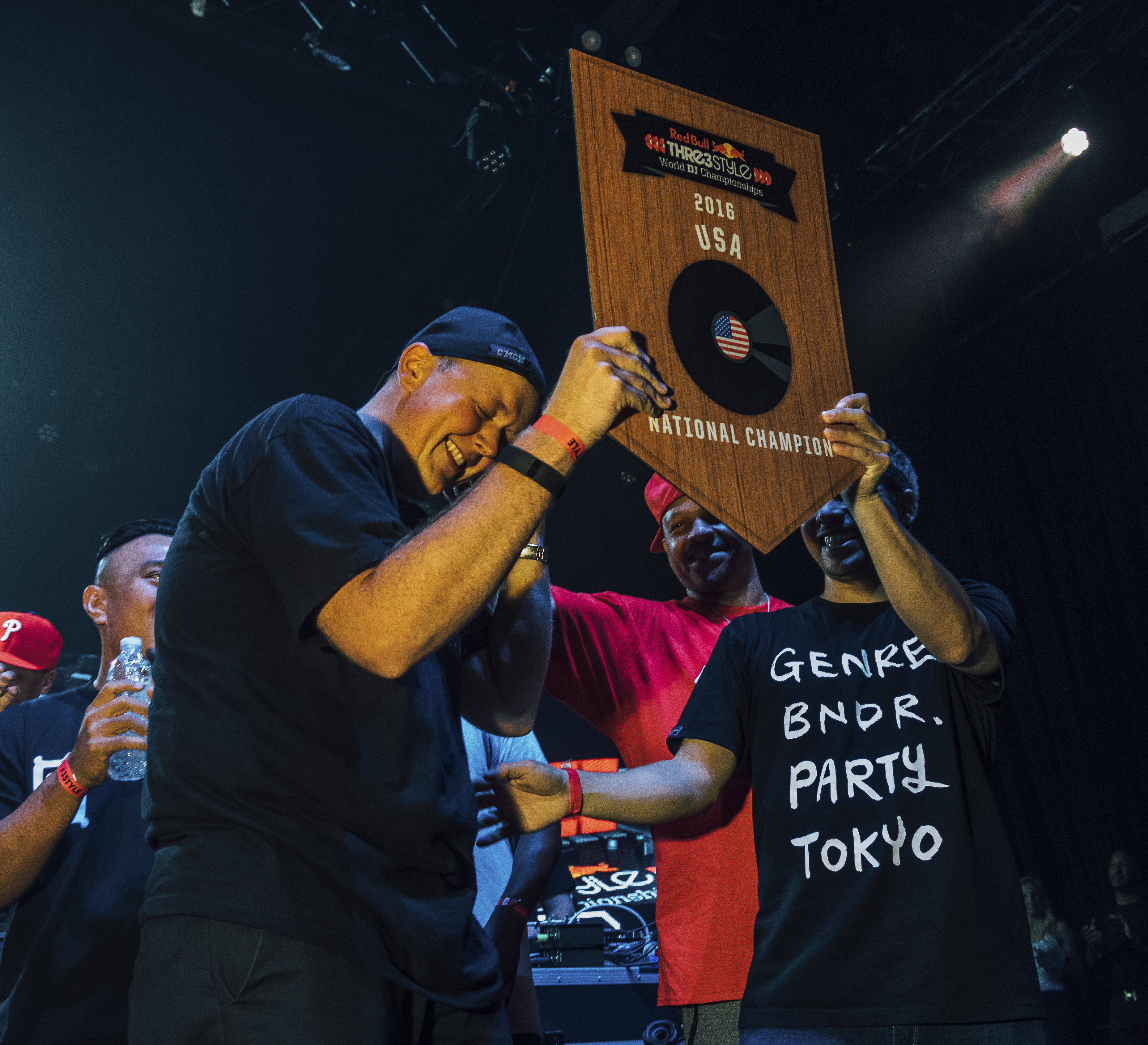 On August 11th 2016, six DJs from across America descended upon Philadelphia’s Union Transfer for the RedBull Thre3style finals. The DJs competing for the title of USA Champion were Mike 2600, Supagi, Ease, Trayze and Scratch’s own Jaycee and Boi Jeanius.

Earlier in the day, the competitors practiced their routines in our Philadelphia space while students enjoyed official demos and workshops from Pioneer, Denon, and Serato. Check out 2015 Thre3style World Champ, DJ Byte, as he demos Denon’s new MCX-8000 controller.

Salute to all six 2016 Thre3style U.S. competitors and a shout to Trayze, who took home the trophy and set his sights on the World Finals in Chile. Peep what went down throughout the day and night in the video below.

Get ready to dance

Find out how one of our newest Scratch Event's DJs got he...

Get ready to have FOMO